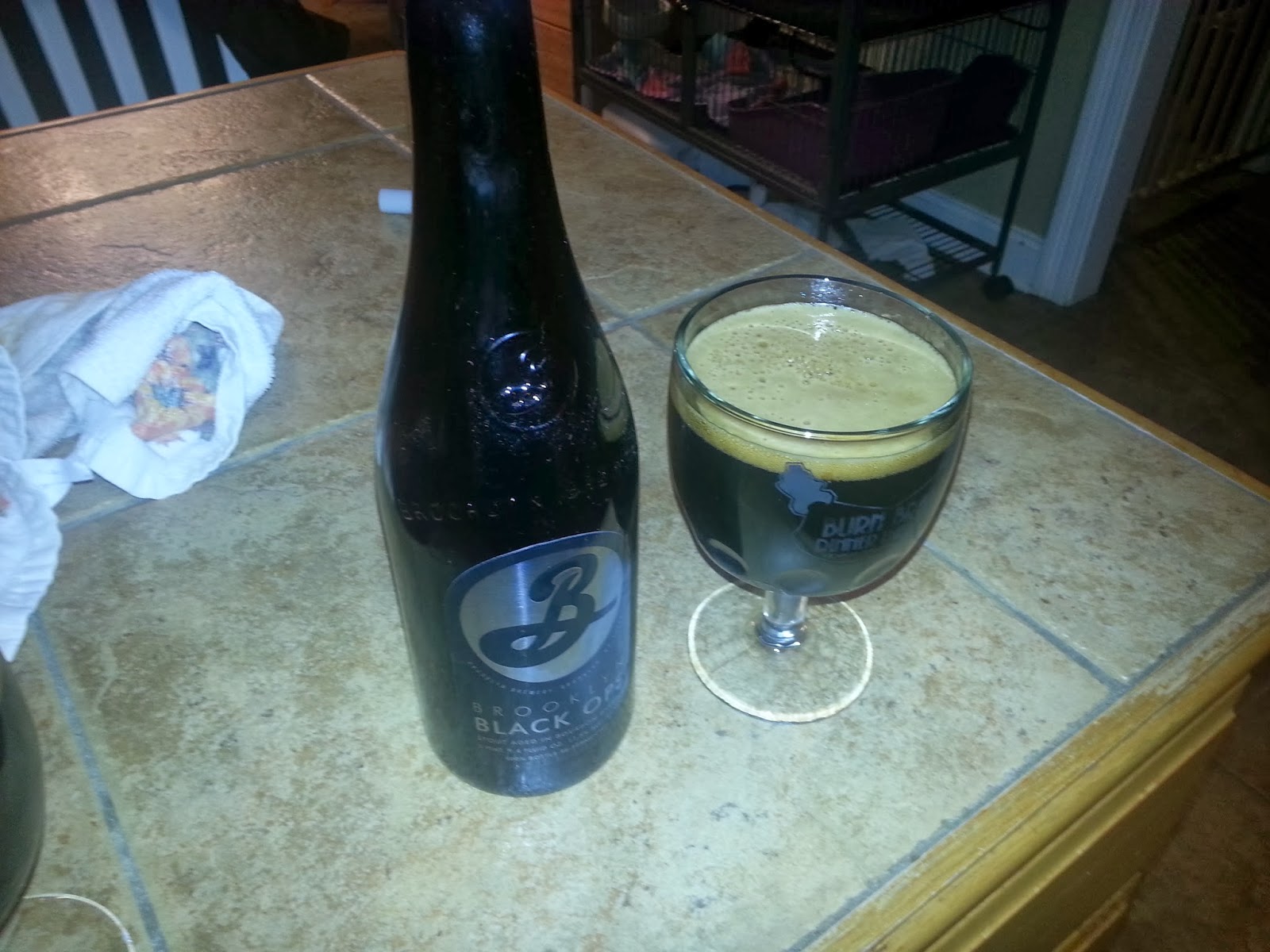 From the Brooklyn website:  "Brooklyn Black Ops does not exist. However, if it did exist, it would be a strong stout concocted by the Brooklyn brewing team under cover of secrecy and hidden from everyone else at the brewery. The myth is that this supposed “Black Ops” was then aged for four months in bourbon barrels, bottled flat, and re-fermented with Champagne yeast. Presumably such a beer would raise a rich, fluffy dark brown head and it would combine chocolate and coffee flavors with a rich underpinning of vanilla-like bourbon notes. A beer like that would be mighty nice, but it would be hard to make more than few cases – it could never be sold or released to the public. They say that the brewmaster revealed the beer to a few other people at the brewery only after it had been barreled. The rumor going around is that the brewery plans to drink the beer themselves over the holidays and give some to their family and friends. That’s what they say. But frankly, there’s no evidence for any of this. This beer is obviously a figment of people’s fervent imaginations. People tend to get loopy around the holidays. Everyone go home now – there’s nothing to see here."

Aroma:  Bourbon barrel aroma dominates.  Warm, woody, alcohol sweetness.  Roasty malts start to come through next with chocolate, coffee, and cherry notes.  No hop aroma, diacetyl, or other off flavors come through.  Woody vanilla notes are still strong as it warms. 11/12

Appearance:  Black as a SEAL or Marine Recon team coming after you.  Opaque, but not hazy.  Thick initial tan head with good retention.  Texture  of a foamy espresso with fine creamy looking bubbles lining the surface.  Excellent lacing with alcohol legs. 3/3

Flavor:  Bourbon barrel aging is obvious.  Wood and bourbon are there.  Roasty malt stands up and makes itself known.  Slightly sweet, but certainly not cloying with enough hop bitterness to balance it out.  Extremely pleasant alcohol warmth.  No off flavors detected. 18/20

Mouthfeel:  Full bodied with medium-low carbonation.  Moderate alcohol warmth, but not hot or solventy.  Chewy and velvety creaminess.  Balance is slightly wet, but not overly cloying.  No diacetyl slickness. 5/5

Overall Impression:  Outstanding.  The perfect beer for a winter's night. 9/10

That puts it at a 46/50 in my book.  While I don't know if there are any perfect beers in the world, the only thing I can criticize about this one is that I don't have a case of it standing by to age.
Posted by Unknown at 7:29 PM